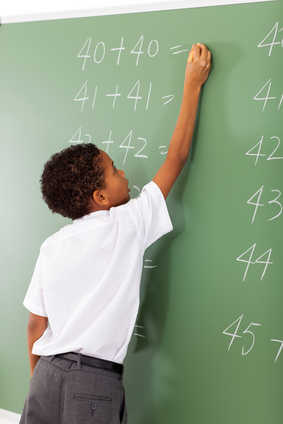 One in 68 U.S. children has an autism spectrum disorder (ASD), a 30% increase from 1 in 88 two years ago, according to a 2014 study by the Centers for Disease Control and Prevention (CDC)

I am tired. I am tired of children being misdiagnosed with ADHD, autism or the newly popular description “unprovoked aggression”. Guess what? Elementary school children can be impatient and sometimes have problems sitting still after they finish their class work. Toddlers throw tantrums and it takes them a while to adjust to new environments. This is NOT a diagnosis. I have noticed an alarming trend of children being given these horrible (permanent) labels without being properly diagnosed. Medications are not the only option for handling an active child.

Let me explain the chain of events. A happy and healthy child is diagnosed with being “hyperactive” in second grade. He is placed on a stimulant after repeated teacher reports that he is distracting to the other kids. The school says that he can’t continue unless he is medicated. The parents are distressed and the child gets the diagnosis after a checklist is completed. The child now has to leave the classroom to get his daily dose and seen as different from his friends. The parents and child get used to the child needing the medication to get through school. It is now needed for SAT’s, college applications and later college exams. I see this now young adult in my office after over a decade of being on a stimulant, stating that they can’t excel without it. This all started from a 7-year-old who couldn’t sit still and would rather yell out the answers then raise his hand.

This rush to “label” has now included toddlers. A child that uses his hands instead of his words to communicate is seen as possibly being “autistic”. I have parents who call me frantic because their child was given this diagnosis by a school director, without any evaluation or physician consult. This has got to stop. There is even a racial difference seen where African-American boys are more likely to get the label of “aggressive” and Caucasian boys are more likely to get a diagnosis of “hyperactive” or “bipolar”.