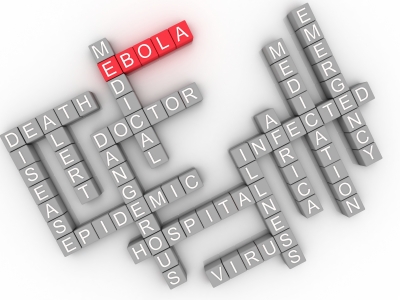 The outbreak of the Ebola virus in West Africa this year represents the largest Ebola outbreak in history. As of August 31 the CDC reported a total of 1,848 deaths from the 3,707 suspected and confirmed cases, making it lethal in nearly 50% of those infected. Unfortunately there are no medications for treatment or prevention of Ebola virus infection. Current management for persons infected is supportive care. Any outbreak of Ebola is a public heath crisis, and as such health authority and agencies from around the world have stepped in to help prevent the spread of the virus within the West Africa region and ensure it does not reach other parts of the world. The agencies involved include the WHO (World Health Organization), NIH (National Institute for Health), PHAC (Public Health Agency of Canada), CDC (Center for Disease Control), US DOD (United States Department of Defense), and DHHS (Department of Health and Human Services). In addition to emergency efforts taking place in West Africa, these agencies have been working with companies located in the United States to develop potential treatments for Ebola virus infection.

ZMapp is a potential treatment for the Ebola virus still currently in the development stage. It is targeted specifically at the Ebola Zaire strain, and was discovered in January 2014. It is a combination of three “humanized” monoclonal antibodies. Monoclonal antibodies are used for treating cancer, rheumatoid arthritis, Crohn’s Disease, ulcerative colitis, and after organ transplant. Antibodies are effective in treatment of diseases because they are similar to antibodies our own bodies produce. They attach to and destroy or neutralize specific pathogens or proteins that cause diseases or the inflammatory processes. ZMapp is a combination of three humanized antibodies that work by attacking and destroying the Ebola virus in the body.

Interestingly, the antibodies in ZMapp are grown in the nicotine plant, specially the Nicotinia species. This plant is able to help produce ZMapp in sufficient quantities at a rapid pace. The manufacturer of ZMapp has partnered with Icon Genetics AG and Kentucky BioProcessing, companies that specialize in the development of plant systems like this to help make Zmapp. These plants are grown in highly regulated conditions (temperature, humidity, and light), treated with the antibody of interest, and grown for a week to reproduce the antibody. The antibody is extracted from the plants and purified with special purification techniques to produce the final form of ZMapp used for treatment of Ebola.

ZMapp is technically still in clinical development. This means that Mapp Pharmaceuticals, the manufacturer of ZMapp, has not received Food and Drug Administration (FDA) approval for using ZMapp for treating patients infected with Ebola virus. FDA approval means that the manufacturer has provided sufficient data to ensure the medication is both safe and effective in the patients intended to receive it. Because there are no treatments for the Ebola virus, ZMapp has received special consideration from the US DOD and HHHS. In August 2014, DHHS, under the Assistant Secretary for Preparedness and Response to Biological and Advanced Research and Development Authority, granted Mapp Pharmaceuticals $24.9 million for support manufacturing, regulatory, and non-clinical activities associated with ZMapp. The contract is for 18 months, with the possibility of an additional $42.3 million. This will help Mapp Pharmaceuticals manufacture enough ZMapp to conduct clinical studies to determine the safety and effectiveness of the drug.

How effective is ZMapp?

ZMapp has not been tested in controlled clinical trials. Therefore, the data about the effectiveness of ZMapp is from animal studies and patients that have received it thus far. A recent study was published about using ZMapp in nonhuman primates that were infected with the Ebola virus. All 9 animals in the study received an injection of the virus, and after a fever was observed for at least 1 hour the experimental animals received ZMapp. Two animals in the control group, and 4 animals in the ZMapp group did not survive the infection. Three of the 7 infected animals survived (43% survival rate). Considering there is no treatment for Ebola, these are positive results for ZMapp as a potential treatment for Ebola virus.

Due to the limited supply of ZMapp, only a small number of humans have received the experimental treatment. Five people have received ZMapp after becoming infected with the Ebola virus while treating patients. Of the five, 2 were Americans (one a physician) and 3 were physicians from the West Africa region. The Americans were missionaries for the christian humanitarian organization called Samaritan’s Purse, and had been helping treat patients in Liberia. The CDC reports the organization arranged for the physicians to receive ZMapp privately, and neither the CDC nor NIH were involved in procuring, transporting, approving, or administering ZMapp to either patient. Both Americans were treated at Emory Hospital in Atlanta, Georgia, and they survived. They have been discharged from the hospital with no evidence of Ebola infection. These were the first cases of Ebola infection cured on American soil. Three doses of ZMapp were also provided to three physicians from the West Africa region on August 13. One of the three physicians died despite receiving ZMapp. Physicians have in the area are questioning whether it was ethical to give ZMapp since it has not been tested for safety and effectiveness in humans.

Is ZMapp currently available for treatment of Ebola?

On August 12, 2014, Mapp Pharmaceuticals stated that ZMapp supply has been exhausted. For this reason, the CDC reported that ZMapp cannot be purchased and is not available for general use. The statement goes on to note any ZMapp that was available for use was provided free of cost and mentions Mapp Pharmaceuticals is still working with the government agencies increase production of ZMapp and begin working on clinical studies to determine how effective and safe it is for humans.

On September 10, 2014, the Bill and Melinda Gates Foundation announced it would commit 50 million dollars to support the efforts taking place in West Africa, with some of this grant money available for development and production of Ebola therapies such as ZMapp.

The Ebola virus is one of the most deadly pathogens in the world, and kills 50% or more of those infected. Even though researchers have spent many years working on creating vaccines and treatments for the virus, none have been successful to date. ZMapp is an antibody therapy that has received special attention for the positive results seen in animal models. The safety and effectiveness of the medication are yet to be determined. It has not been FDA approved to treat the Ebola virus. Fortunately governmental agencies and foundations have stepped in to provide funding to help accelerate production and research surrounding therapies such as ZMapp and provide hope for treatment for those infected with this deadly virus.